How to write persuasive emails that trigger climate action

Sometimes one email is all it takes to spark change. 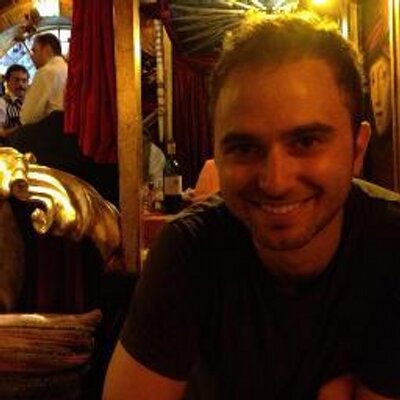 Sometimes, it can take months and months of meetings, debates, research and persuasion to make change happen. Other times, it can be as simple as sending a single email to the right person at the right time.

So how do you write an email to your boss or CEO, pushing for more direct action on climate? It’s a tricky balance. You need a clear argument and call to action, but you don’t want to be too confrontational or aggressive, either. (And give hysterical a wide berth.)

We sat down with organisational psychologist, Dr. Michelle Pizer, and Senior Communications Manager for the Australian Greens, Cass Stafford, to figure out which emails get results.

“You need to understand who holds the power in your organisation, but also the power structures around them,” Stafford says. “Don’t send your email to a dead end.”

The right person to spark change could be your CEO or your line manager. But it could also be someone with a more direct link to sustainability, like a procurement manager. Stafford says employees should first try and figure out who their allies are within the organisation, then send their email where it’ll do the most good.

2. Think of the benefit

It’s not enough that sustainable practices can help save the world (although that is a nice perk). You need to spell out what sustainability can do for your company. Will better business practices increase profits? Decrease overheads? Grab market share? Help your company hit its Corporate Responsibility Goals? Attract talent? Or maybe limit your ‘carbon shorting’ exposure?

“Procurement is a big one,” says Dr. Pizer. “Because government tenders include questions such as how your business management systems and processes address environmental sustainability and social diversity, equity and inclusion. You won’t be a contender if you’re behind on climate.”

If you come to your employer with a proposition, the first thing they’re likely to say is: prove it. You need to provide evidence to back up your claims. This could be social proof (stats on consumer trends or testimonials from your customers), financial proof (some rough number crunching on how much your company could potentially save) or market proof (competitors trying to outflank you on climate action).

“If they’re a for-profit business, then their job is to make money, and there’s no shame in that,” Dr. Pizer says. “You just have to appeal to their triple bottom line: that’s their social, environmental and financial impact.”

One email about renewable energy can be ignored. Ten emails from ten separate employees can’t. Stafford says a great way to improve your chances is to form a group with your colleagues and push for change together (just a loose association, you don’t have to unionise or anything).

“If you can approach the CEO as a group, they’re more likely to see this as an issue affecting all staff members,” she says. “Asking to form a ‘Green Team’ is a good first step. It’s very difficult for a leader to turn that down.”

5. Watch out for politics

CEOs and senior management won’t respond to hysteria, but they will respond to a passionate argument backed up by facts. At the end of the day, companies want to increase profits and limit their risk exposure. Anything that helps them do that is worth listening to. So keep your tone calm, but enthusiastic. Be a passionate advocate.

“Climate is a frustratingly politicised issue, and some organisations take their approach of being ‘apolitical’ really seriously,” Stafford says. “So being aware of your organisation’s stance will help you craft your approach. If this is their first foray, maybe don’t go in all guns blazing.”

“Often leaders, particularly in smaller organisations, don’t understand that there are very simple steps towards climate action,” Stafford says. “All it takes is a few employees to spark change.”

Keep your initial email relatively short. 100-200 words should be plenty. Any longer than that and your manager might mentally file it in the ‘too hard’ drawer, otherwise known as the Graveyard of Good Ideas. Try and spell out the benefit and the issue facing your company, then tie it back to a simple solution.

“Even when it’s in their best interest, people are resistant to change,” says Dr. Pizer. “You need to keep at it, slowly but surely. It might take several emails. Think about it like a marketing campaign.”

Finally, you need to finish with a strong call to action. This doesn’t necessarily have to be “Change the company now…or else”. It could be as simple as teeing up a meeting to discuss the issue in more detail. Or a three-point numbered list of things your CEO could do within the month to get the ball rolling on climate action (we’ve summed up a few good ones over here).

Dr Pizer says the trick is catching your manager at the right stage of the decision-making cycle. They have to be ready to change. “If they don’t have the appetite, it becomes much harder,” she says. “You’ve got to warm them up to change. These things aren’t one and done.”

Subscribe the WorkForClimate newsletter today for weekly climate action inspiration in your inbox.

Previous
Ethical and climate-friendly superannuation is all the rage. Here's how to switch today
Next